These mini pizzas made with a cheese crust are very low in carbohydrates and both very tasty and filling. I made them yesterday with my son who really quite sceptic towards all kinds of “fake breads” but he agreed with me that these tasted like actual pizza!

Has everyone had a happy new year? We had such a great party on new Year’s Eve and it literally took me three days to recover. I had had the busiest December and when New Year’s Eve came, I really felt like letting off some steam. So I drank way too much and danced until 4AM. I’m turning 40 this year so partying this hard is not something I do often. And man, did I feel like I had been run over by a truck the next day (and the day after that and a little bit yesterday as well). Yup, I paid the price!

Ever since we have been eating delicious leftovers but yesterday, we sort of ran out and I had to star cooking again. So my first real cooking experience in 2017 was these mini pizzas. Not bad! 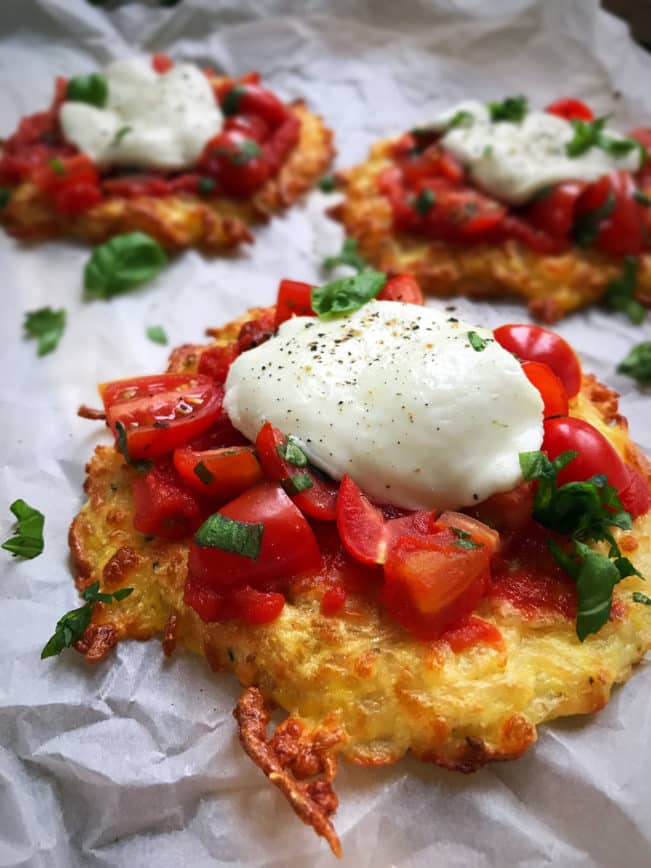 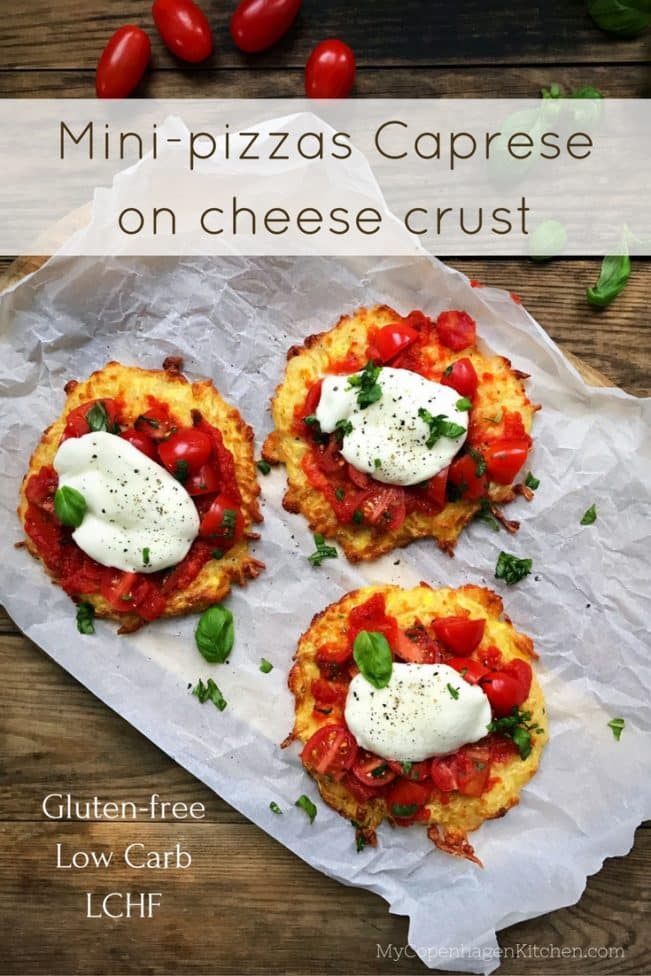 3. Place the batter in five pizzas on a baking plate lined with parchment paper. Flatten them using your hands.

4. Bake the cheese crust in the oven for about 12 minutes or until they get golden brown. Take them out, lift them from the parchment paper with a spatula and allow them to cool.

5. Dice tomatoes and press out liquid using a paper towel or a T-towel. In a bowl, mix diced tomatoes with garlic, basil and salt and pepper.

6. Put a thin layer of tomato sauce on each pizza crust and place the tomato-mix on top. Place one slice of fresh mozzarella on each pizza.

7. Put them back in the oven for a short while – just until the fresh mozzarella cheese has lightly melted.

8. Serve with a green salad on the side.