We just got back after spending three glorious days in Madrid. We spent our days walking around in the beautiful city and today I’ll invite you to join me for a trip to the Spanish capital.

It’s difficult for me not to compare Madrid to Barcelona. We’ve visited Barcelona several times before and love that city. But comparing those two really doesn’t make much sense as they really bring very different things to the table. Barcelona is a a major tourist city with everything you wish for as a tourist whereas Madrid seems more… Spanish.

Madrid is not in this game to impress tourists which makes the city seem authentic and local even though ‘local’ is a strange word for a capital. But it seems that way. Often you need to look or ask for a menu in English and very often you meet restaurant or shop staff that doesn’t speak a word of English. That complicates some things for sure but it also really adds to the charm.

EASTER – EMPTY STREETS AND  RELIGIOUS PROCESSIONS
The Spaniards are serious about Easter. Often the streets were empty by day and full of people by night where thousands of people hit the streets to join the religious processions. This happens in the La Latina area which is where we lived. Some nights we had to take some serious detours to get to our apartment, one night we got caught in the middle of a procession and just had to go with the flow and one night we had to give up getting to the restaurant we had planned because the streets were completely blocked with people.

We stayed in a very nice apartment on Plaza de Matute which is in a nice area with lots of restaurants and little shops. The apartment was great but the walls were paper thin and our neighbour had a baby who kept them (and us) awake several times every night. What a reminder that was to when we had babies in the house 🙂

The area was really nice though and made up for the interrupted sleep. 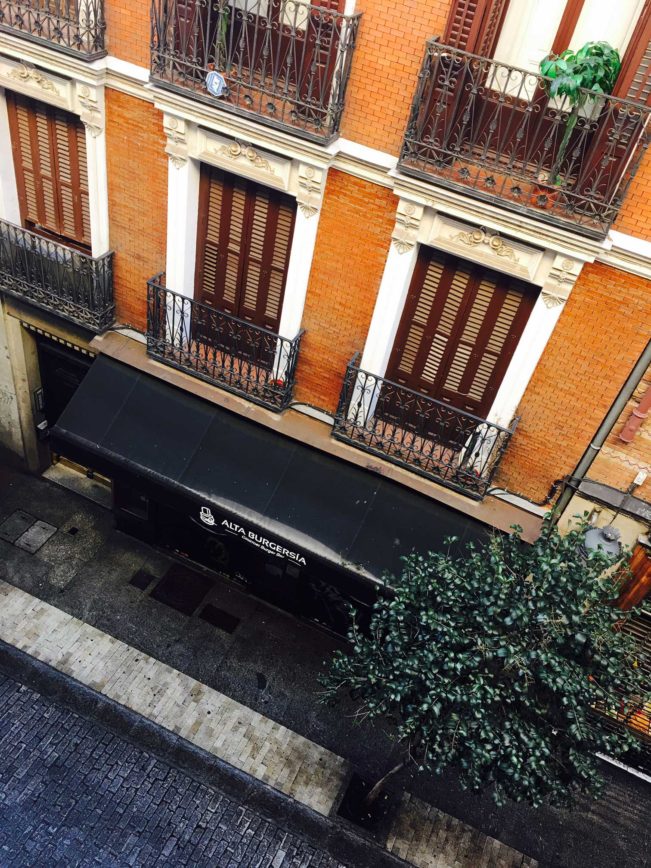 The view from our little balcony

To cover such a large city in only three days is impossible. I think we did pretty good though. We walked every where we went and spent our walking hours seeing the city. It was a bit hard on the legs and feet to walk between 15-18 kilometers per day but it was so worth it. Walking is the best way to get familiar with a new city.

Madrid has lots of beautiful squares, both posh and fashionable ones but also cosy little squares suddenly revealing themselves in the middle of the dark and narrow streets. 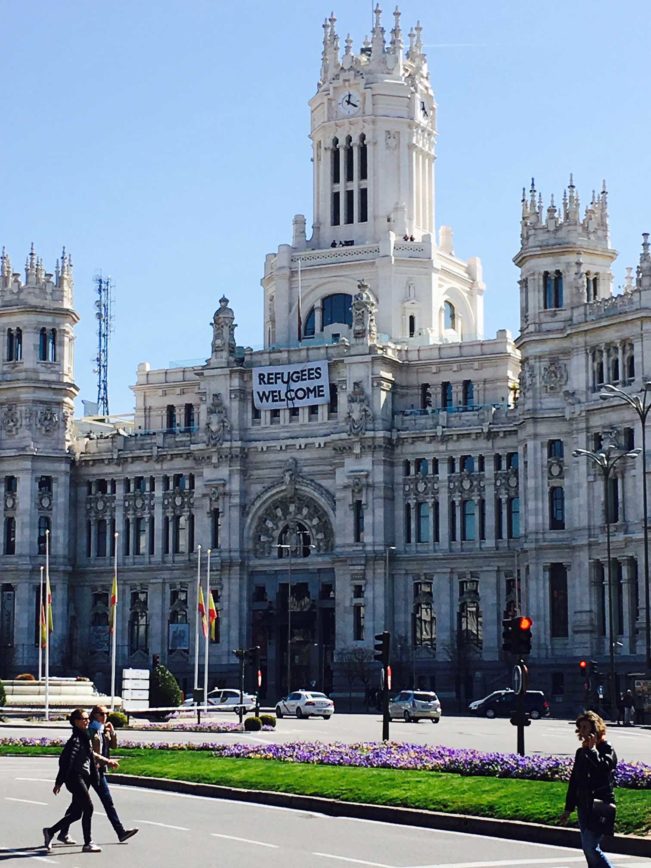 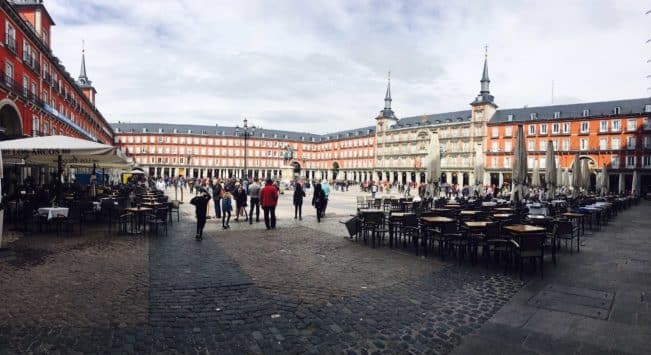 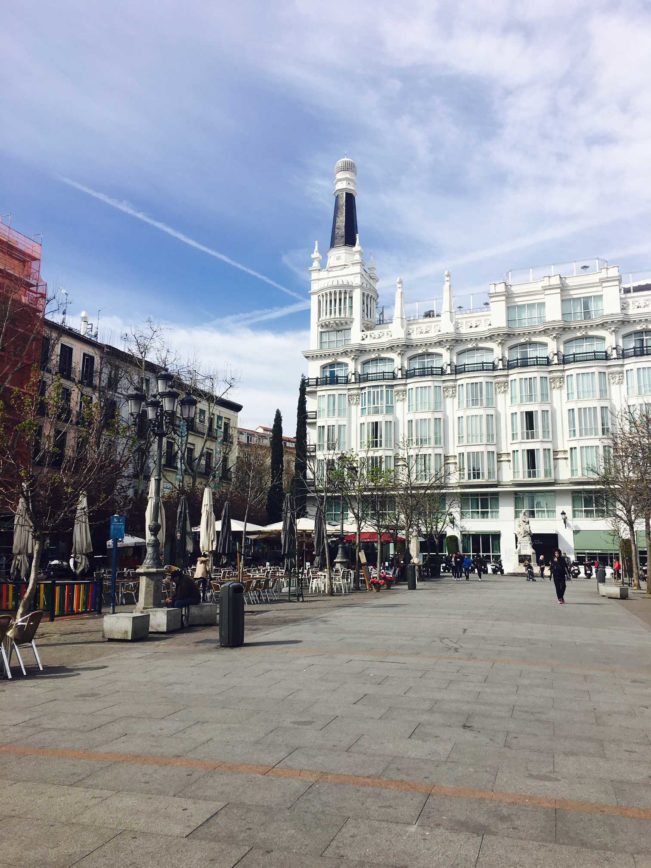 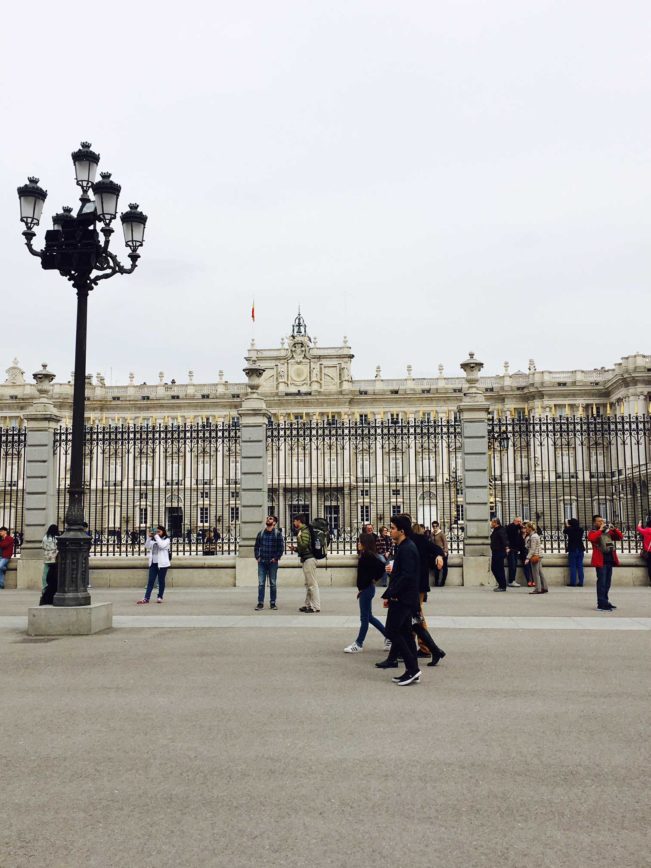 The King’s Palace is in the middle of the city center.

The city is also full of beautiful buildings, facades and even painted street art. 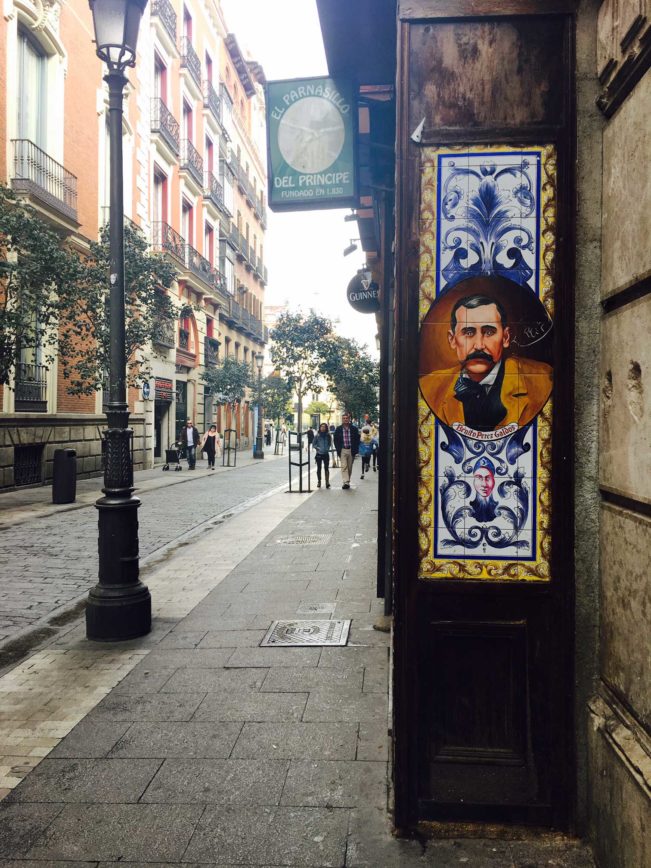 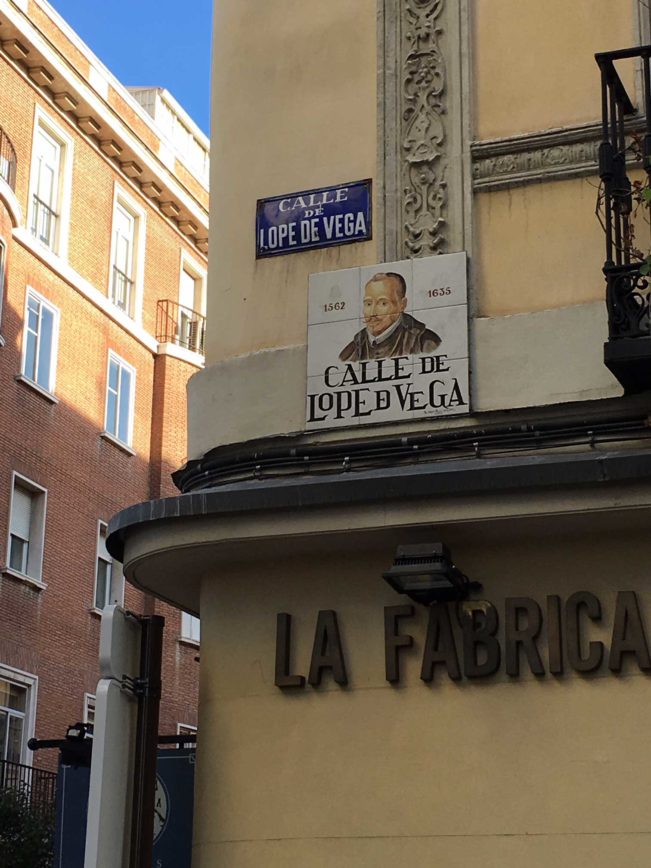 My daughter Vega loved seeing her name featured all over the city. 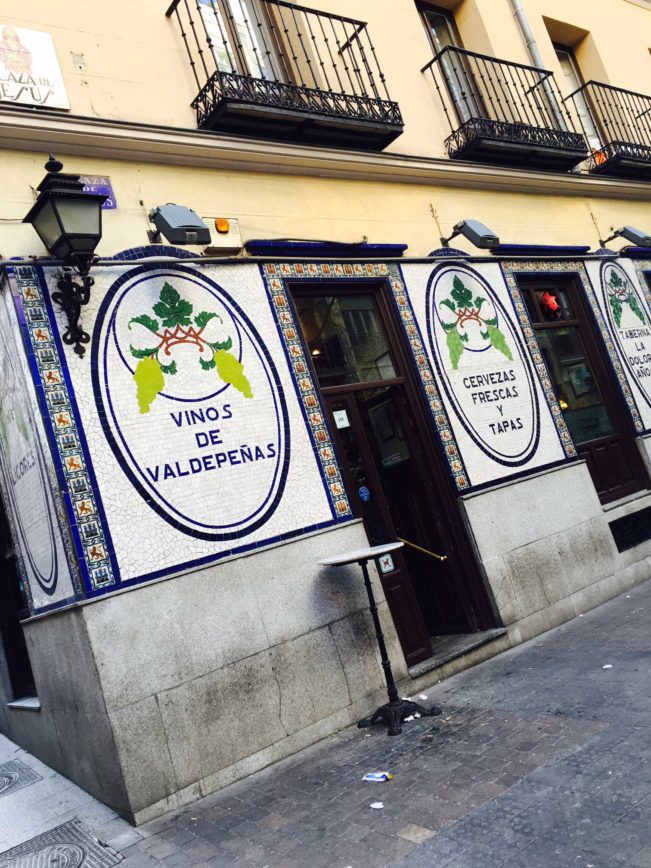 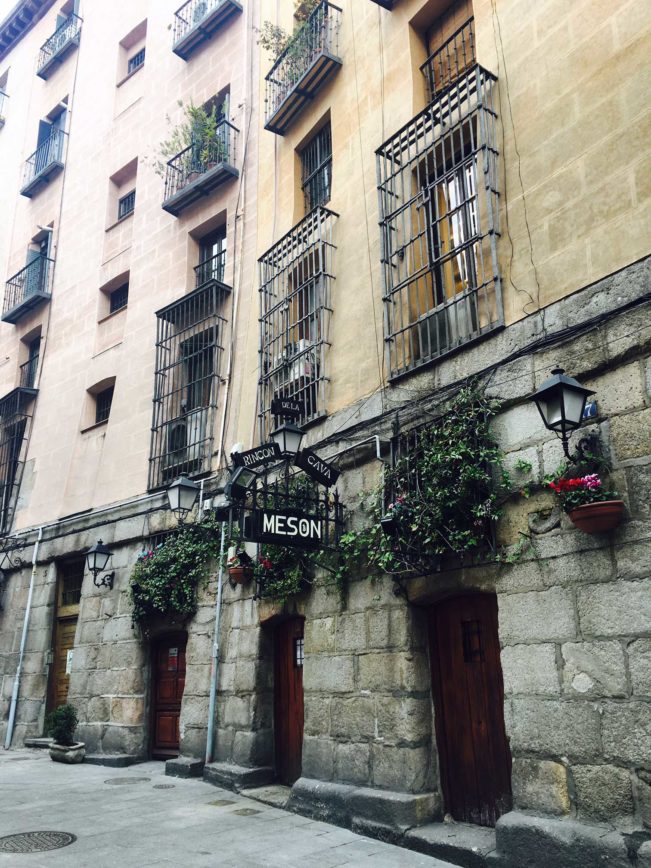 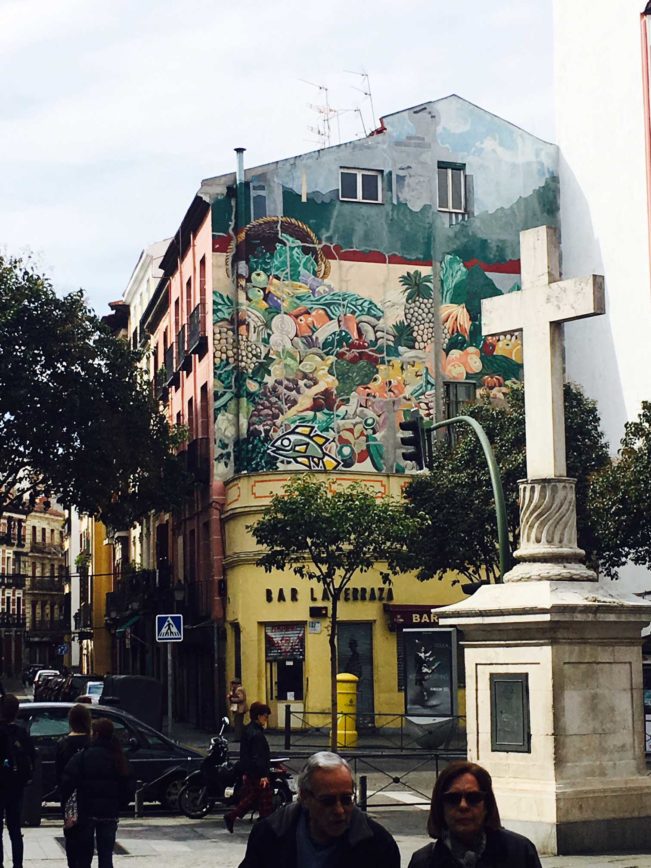 Obviously you cannot visit Madrid without visiting the football stadium, Santiago Bernabéu. Silas is a Real Madrid fan so seeing the stadium was huge for him. And for me too, actually. You always hope that you’ll meet a handful of naked football players in the changing rooms but we weren’t that lucky 😉 Visiting the stadium was still worth the time though. 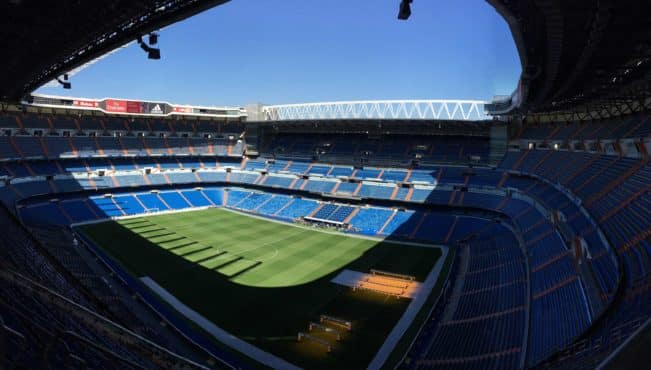 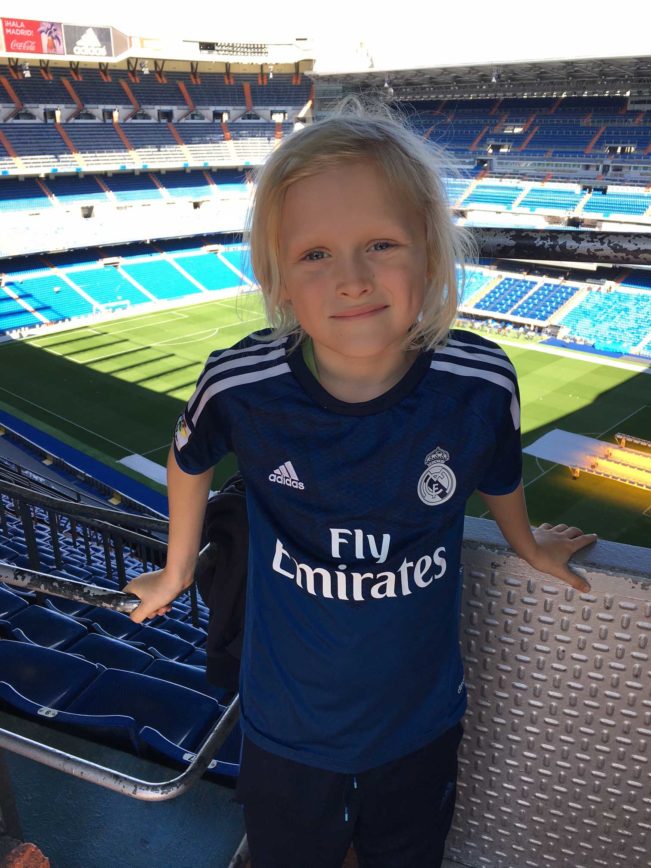 Madrid was a bit warmer than Copenhagen so we enjoyed drinking coffee in the sun. Aah that feeling when you first feel the sun warm up your face after a long winter. 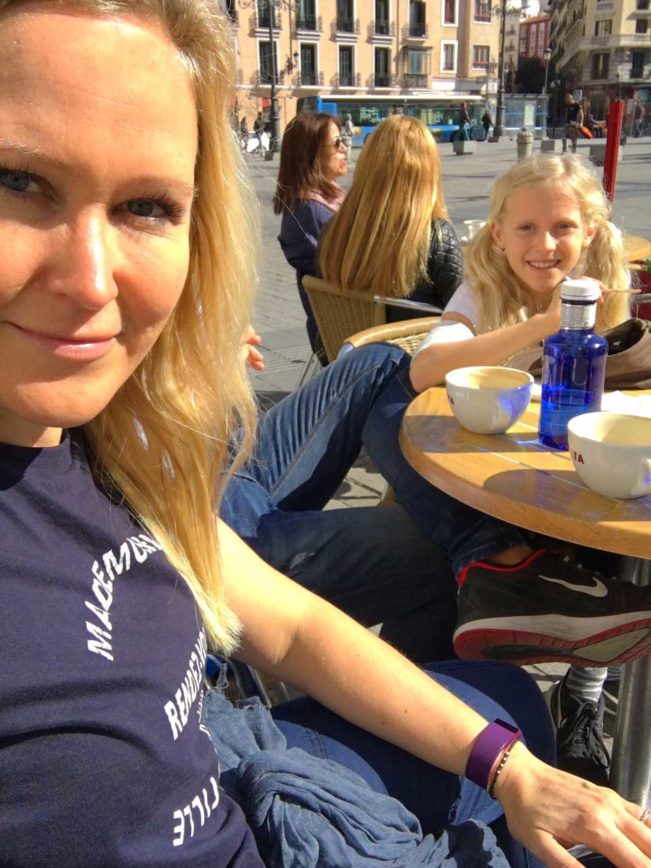 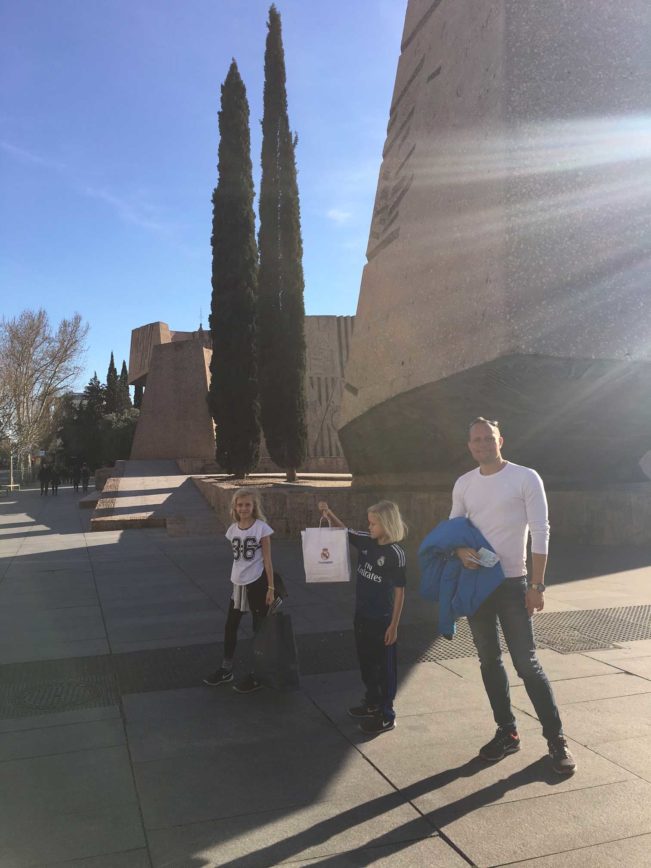 Not surprisingly, we ate lots of good food. We did have some bad luck as some of the restaurants we really wanted to go to were closed through our entire stay. We must come back some other time! 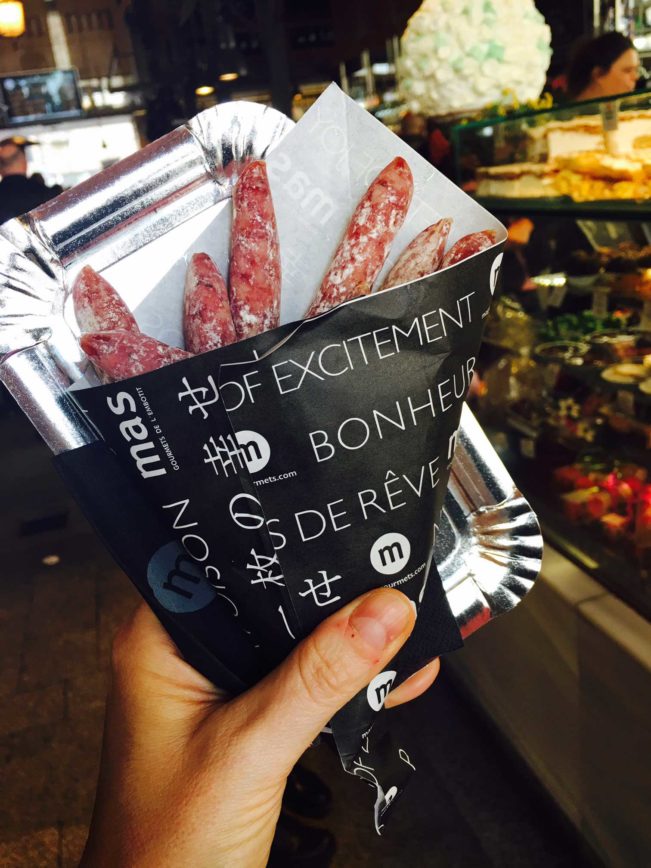 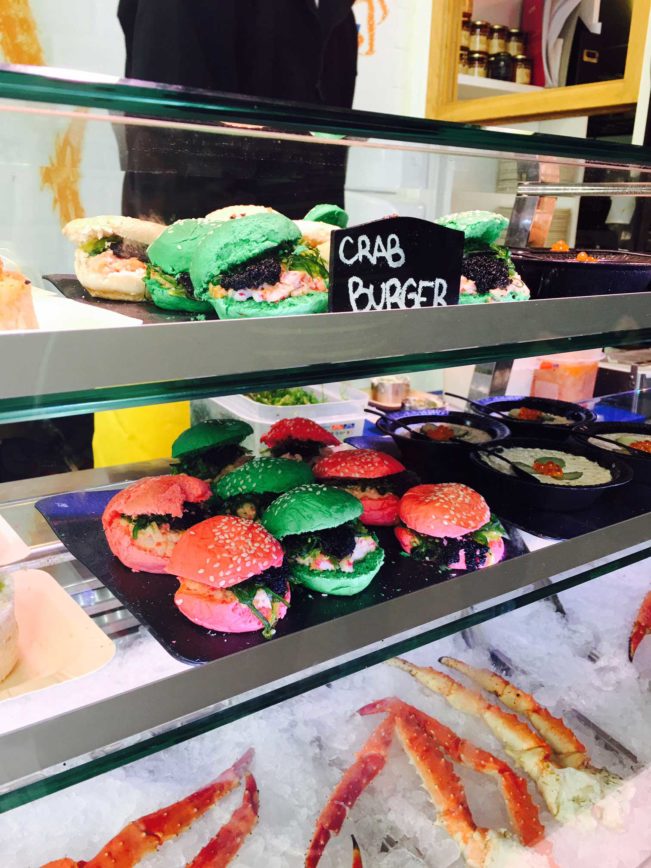 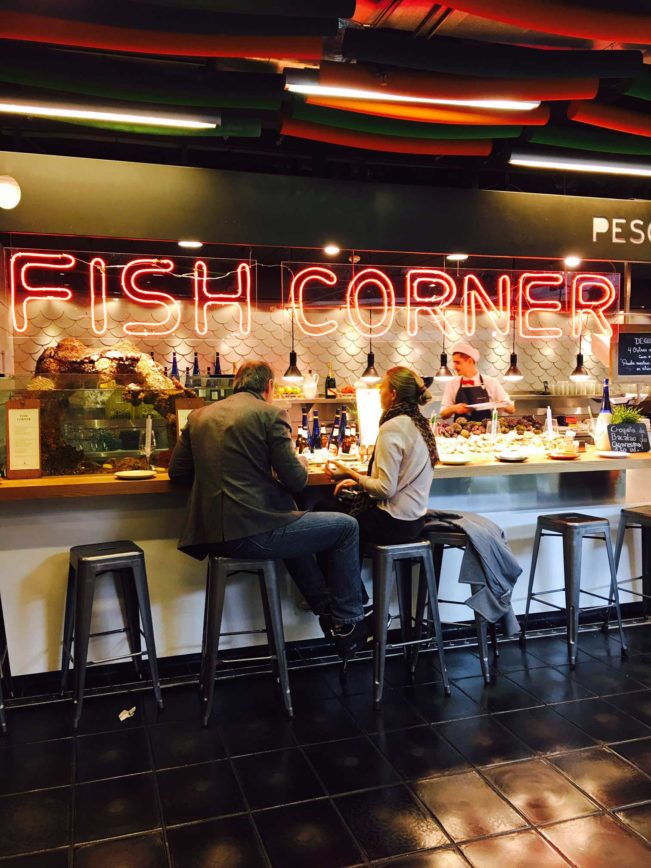 We also went for a morning stroll in the large park, El Retiro, which is for Madrid what Central Park is for New York. Unfortunately I had my wallet stolen (taken from my closed bag) so that cut our visit a bit short. But the park was nice and green and had little lakes and pretty glass palaces.

Palacio di Cristal in the Retiro-park – and yes, this is a turtle relaxing in the sun. 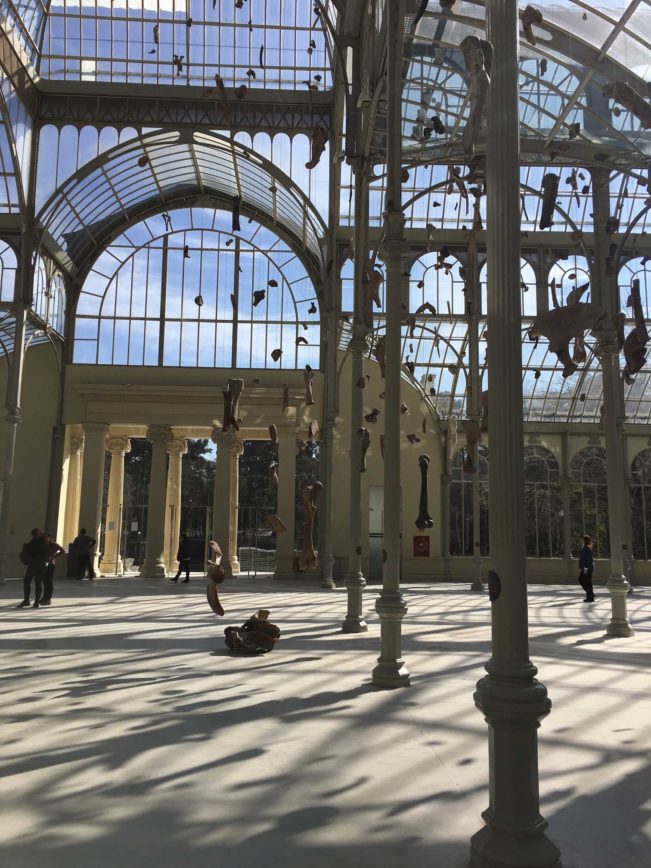 A somewhat morbid decoration inside the Palacio di Cristal

I absolutely recommend going for a long weekend in Madrid. Make sure you bring good walking shoes and your Google Translate app – unless you speak Spanish which I don’t.