This recipe for Chili Cheese Tops that’s both gluten-free, low carb and surprisingly easy to make is so delicious and I’ve been looking forward to sharing it with you!

When I was young(er), I worked as a waitress at two different American restaurants. First in Paris and later on at Hard Rock Cafe in Copenhagen. So you would think I knew my American diner restaurant menu. Well, apparently not since a few weeks ago, I had never heard of Chili Cheese Tops. Someone mentioned them on my Danish blog when I shared the recipe for the Cheeseburger salad and since then I haven’t been able to get it out of my mind.

The other day, I finally tried making them, and wow, what a treat! They’re greasy and crispy and felt completely like indulging in real fast food. And yes, I did say crispy. Obviously not quite as crispy as the ones that are deep fried and covered in batter made of wheat but pretty darn crispy for a low carb recipe!

I used Potato Fibres for breading. They are the most brilliant low carb product and if you cannot get it where you live, start asking your health store to start selling it. It’s low in carbs and high in fibres, it has a neutral taste and it’s really cheap. Win-Win-Win-Win, right?! 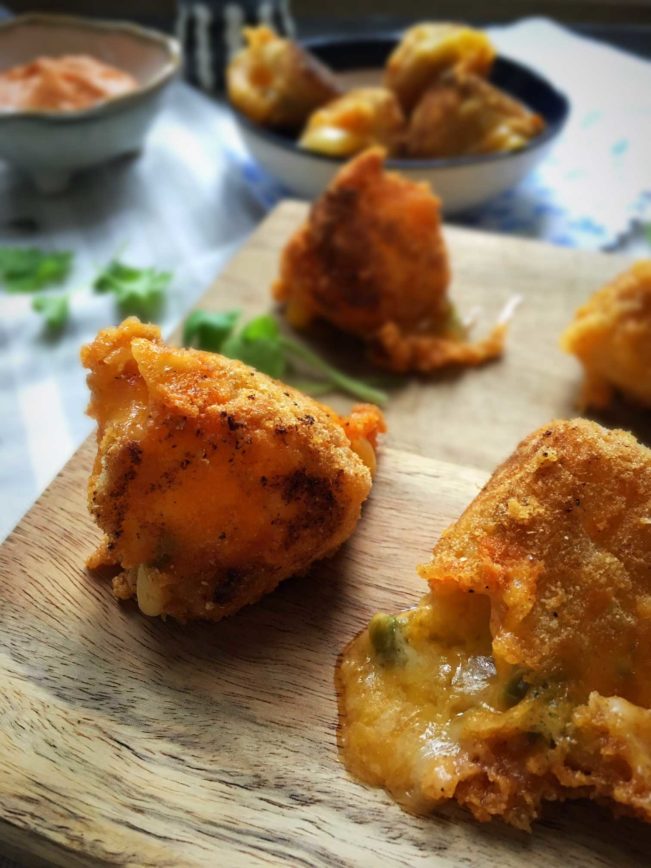 MAKES 10 (consider making a double portion now you’re at it!)


1.Grate cheddar roughly and chop jalapeños finely. Mix them well together in a bowl.

2. Shape the chili-cheese mix into little balls. Use your hands and press them firmly.

3. Pour Pofiber in a small bowl. In a different bowl, whisk the egg.

5. Heat up coconut oil in a skillet and fry the chili cheese tops until brown and crispy.

TIPS AND IDEAS
You can add a bit of cream cheese to the cheese mix to make the mix blend even better together.

If you freeze the cheese balls before frying them, they might be easier to fry. 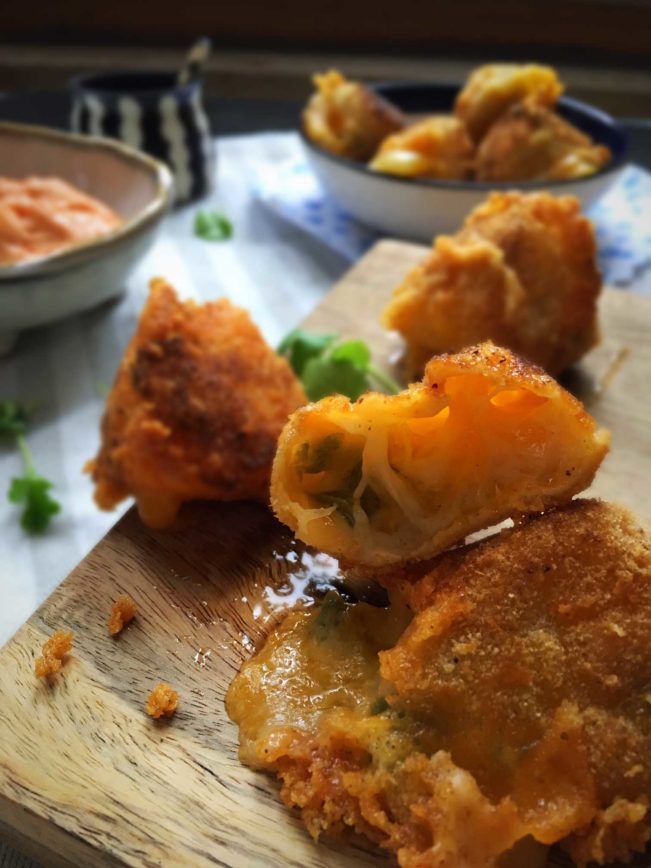 PS: Don’t forget to sign up for my newsletter! I promise you I won’t spam! Sign up here: Join me!