In Denmark, we eat a warm red cabbage salad Christmas Eve and virtually whenever we have something christmassy. It’s very traditional and everybody either has their own favorite recipe or their own favorite brand of store bought. It’s often used as a side dish for duck or pork roast. And it’s usually loaded with sugar.

I’ve never been very traditional and I do prefer my veggies NOT soaked in sugar so instead I make an alternative. And mine is much, much better!

This is by far the best red cabbage salad I’ve ever had and I eat it in large quantities in December and I usually continue doing so in January and February.  Eating red cabbage can be a challenge, especially raw as it has a bitternes to it. That bitterness disappears here, and it makes eating lots and lots of red cabbage so much easier. 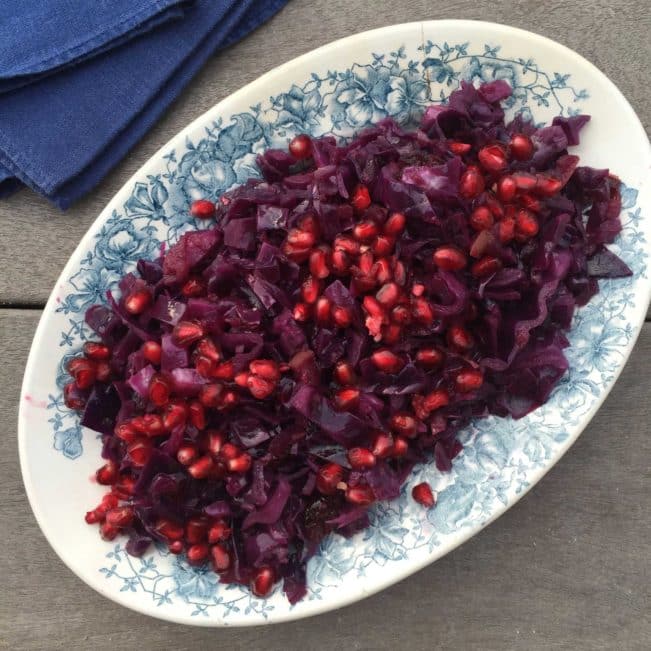 
1. Put all ingredients (except duck’s fat and pomegranate) in a large pot and heat up to boil. Lower the temperature and let it simmer with the lid on for about 5-7 minutes. Stir in it occasionally.

3. Right before servering, stir in the duck’s fat and top with pomegranate seeds.