Today, everything seems meaningless. That so many people, who yesterday lived normal lives, aren’t here today makes me incredibly sad. That other people celebrate the attacks makes me nauseous. I take the attacks on Paris a bit personal. Paris is my city. It was my home for two years. I became the person I am today because I lived there.

Another thing that bothers me is how the violence seems to move closer. Not just in Paris but in Copenhagen too. Even in our little suburb, we’ve had shootings several times in the past year. Some of the shootings make it to the media while other times, we just see lots and lots of armed police forces a few hundred meters from our house because someone may or may not have fired a gun. Do I need to feel scared if I want to go a walk one evening? I don’t want to live my life like that.

This morning, we asked Silas and Vega if they were familiar with the term “terror”. They weren’t but since they started seeing “News for kids” on TV, we wanted to fill them in. We explained to them that sick and crazy people killed a lot of innocent people last night in Paris. Then we don’t want to go there, was the first response from Silas. But we do! We will keep on returning to Paris as much as we want like I’ll continue to take evening walks in my Copenhagen suburb. The moment we start living our lives in fear, they have won.

Today, all our thoughts go to Paris. Paris – mon amour. 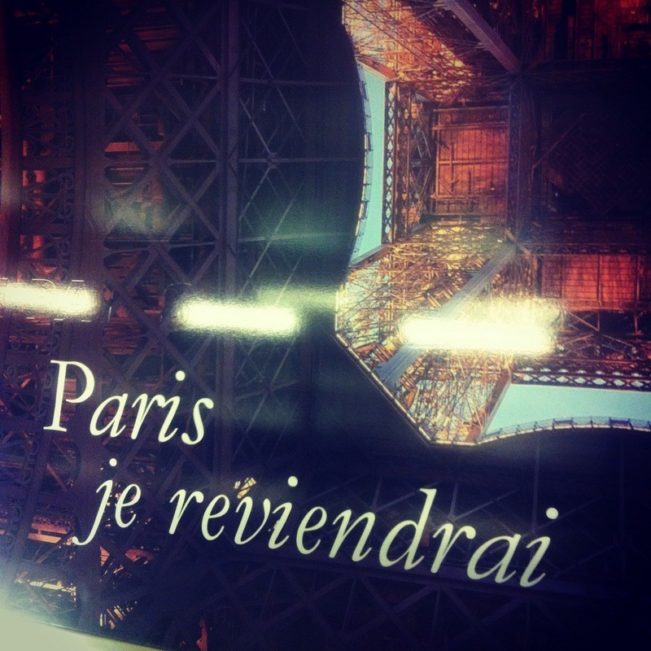