Today is my twins’ 10th birthday. I cannot believe it’s been ten years since I impatiently carried my big belly around and hoped for them to come out soon. Having twins is the wildest thing I’ve ever done in my life. Nothing could prepare me for what happened when they entered our lives. It was like a bomb that hit in the middle of our peaceful life and nothing ever became the same after that.

That they’re turning 10 also means that I’ve aged with 10 years. It shows in my face and on my body but I don’t have an issue about ageing. If I were to choose between being 28 and the mother of newborn twins and being 38 and the mother of 10 year old twins, I would pick being 38. Any day. This life is much, much easier!

I feel extremely gifted and privileged. My kids are healthy and clever, they do well in school and they have lots of good friends. I’m incredibly proud of everything they are. We spent the first ten years trying to teach them to become good people. Now we’ll spend the next ten years learning to let them go and to rest peacefully in the thought that we’ve a good enough job with them.

I think time moves fast now. Sometimes I feel like they change right in front of my very eyes, and every day I have to adjust to the person they are on this given day. Sometimes they’re still children with basic needs for comfort and love, but other days they’re little adults who just want peace and understanding.

I don’t write about them as much as I did earlier. It’s not that I don’t want to or feel the need to, it’s more that I try to respect their privacy. Many people claim that social media only shows the surface of things and I can see how that’s true. But it’s not just an image thing. It’s also because some things are just too private to tell the world. And that’s ok.

Today I wish happy birthday to my two little ones. Thank you for being mine. 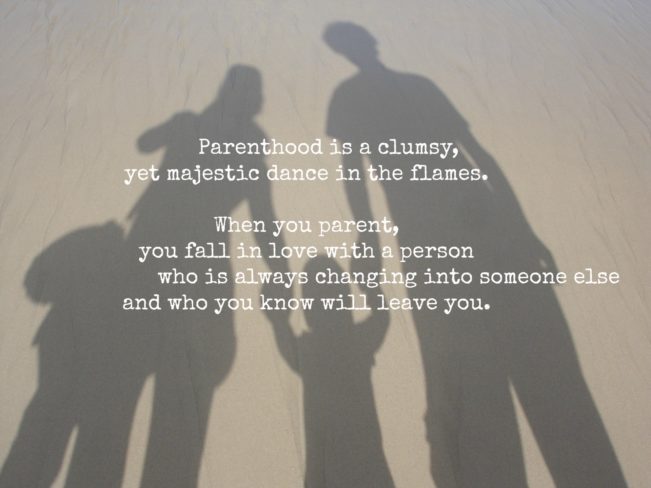