This morning my kids asked if I would make them waffles for breakfast. I haven’t made waffles in ages so I agreed to. Usually I make waffles with some kinds of dairy product. Cottage cheese, sour cream, greek yoghurt or similar but I didn’t have any. So I made them with coconut milk and ended up with some delicious waffles that were both gluten free, grain free and dairy free. That’s a lot of labels! Labels aside, they were really tasty!

But before I get to the recipe, I want to tell you about a very interesting seminar I went to yesterday. It was a full day with speakers presenting the latest results from somewhat controversial topics like red meat and cancer, saturated fat and eggs and cholesterol.

If you’re just here for the waffles, scroll down to the recipe in the bottom of this post.

Here are the conclusions:

Probably not new to readers of this blog but still extremely interesting.

AND NOW FOR THE WAFFLES 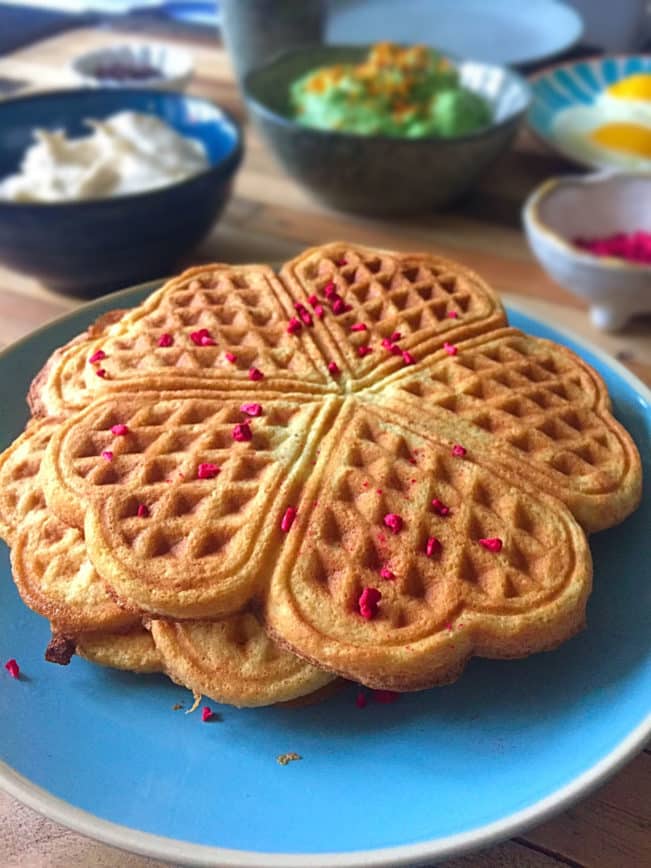 1. Warm up you waffle maker.

2. Blend or whisk together eggs and coconut milk. Add the rest of the ingredients and blend/whisk again. Because of the fibre content of both the coconut flour and the psyllium husks, the dough will thicken if your don’t bake your waffles straight away.

3. Bake in the waffle maker. I get five waffles out of this recipe.